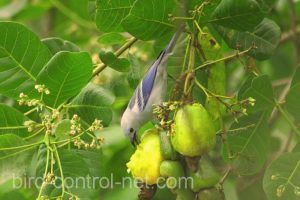 The bird control net can protect against the damage to crops caused by birds that attack the berries.

The bird control net can protect against the damage to crops caused by birds that attack crops are not only measurable in quantity of product consumed by birds, but also damage the fruits and do not get itchy, one bird, sometimes, can do this with many fruits in one day damaging the entire crop and devaluing its market value since the display of the fruit is not required by customers.

As if this were not enough, a fruit “pecked” by a bird (or bat) could be the source of decay or fermentation of whole harvested box, raising the damage from a single fruit corrupt! That is why the GUACAMALLAS is the best way to protect these crops are in open field, greenhouse or tunnel.
Anti bird protection is essential for all berries: blackberry, raspberry, blueberry and strawberry, but also needed on cherries, peaches, pears, fruit and generally zapotes whose commercial value is drastically affected by damage from birds.

GUACAMALLAS is easy to install, can be re-used in several cycles of crops and comes in bent, easily transportable rolls. GUACAMALLAS is only a barrier between crops and birds, does not harm the birds or damaged. The bird net is widely used in the protection of fresh corn for export, where birds can devour hectares in a day and leave the farmer broke! 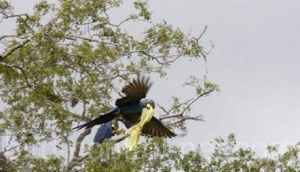 Protecting your crops with bird net gives you better yields.

Traditional systems such as anti-bird scares, reflective strips or the famous scarecrows do not work because the birds get used to the visual presence or ranges of noise and close to cultivation to consumption.

If what you require is protecting your crops and your work against birds and bats damage, after many months of waiting sweat investment and financial rewards of a good harvest, GUACAMALLAS becomes your input and chief guardian!

Bird control is essential to protect farming investments, even in cattle raising operations especially in feedlots where each sparrow can eat almost 3 ounces of grains daily, imagine the cost of having flocks of thousands of birds ravaging thru your silos or feeders.  The losses of each 1000 birds would be 3000 ounces per day (or $192 dollars per day to feed a small flock of birds)…  in a month these pests would eat almost $6K in grains, or $72,000 per year! 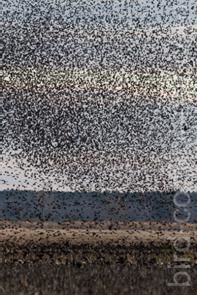 A good bird control system prevents birds from attacking and destroying your plants.

Being able to control birds is essential for a positive economic result.
Same is said for fruit operations, as birds have a tendency to peck on fruit, then another, then another… leaving trees (or berry bushes) with unsaleable product, that if harvested and placed in the case with other fruits by mistake, would spoil the whole case as open fruits rot easily and much faster.  these loses for fruit growers can add up to the millions, as the damage in these cases is not calculated in tons of fruits eaten, but in the opportunity cost of not being able to sell these pieces.

IN both cases (agriculture and livestock) being able to block access to wild birds has other sanitary advantages as diseases can be brought in from the outside.  Food packing plants must consider a good bird blocking system to avoid contamination. 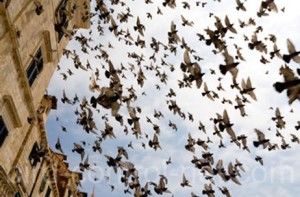 GUACAMALLAS is your solution to protect your crops from birds

The anti birds GUACAMALLAS network is also used in the bird protection of urban warehouses or storage warehouses where birds including pigeons can be damaged or soiled, the GUACAMALLAS in bird network is also widely used for the protection of monuments and historic buildings. Where hygiene is essential as packing alimentary wineries such as grains and fruit or vegetables, implement a system of bird control it is vital to prevent these contaminating pathogens brought in from the outside by birds like pigeons.

Do you want to know more about GUACAMALLAS ? click here! 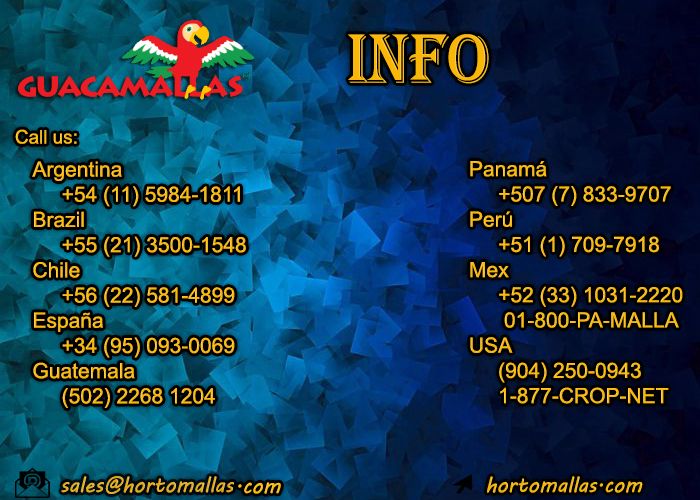